The Real Story of A Christmas Carol

‘Marley was dead: to begin with. There is no doubt whatever about that.’

“Oh no he wasn’t! Bah! Dead? Humbug, Mr.Dickens! Dead? As sure as the clothes moths in my wardrobe have be-shredded my best nightcap, Marley was not dead but rather sitting on some sun-soaked, off-shore beach squandering all the hard-earned money that he had so fraudulently embezzled from my firm over the years! Dead? Bah!

You know nothing Mr.Dickens! YOU are a fraud sir – an embezzler of the truth! A fake news-smith! A charlatan… Charlatan Dickens! Bah!”

In this revelatory exclusive, Ebeneezer Scrooge opens his Diary to expose the awful truth about Tiny Tim, the Fezziwigs, Jacob Marley… and that disgustingly jolly, gluttonous, consumer-driven Ghost of Christmas Present… as he reveals the truth behind a Christmas Carol and the vengeful, slanderous, upstart author of that novel.

Why not ruin someone’s Christmas and buy them a ticket as an early Present!

I’ve never been a great fan of Christmas – Bah! – and that’s actually me talking!

Two of the best Christmases of my life were in 1992 and 2008, playing Scrooge, first at the Library Theatre, Manchester and then at the Theatre by the Lake, Keswick. No need for pretence or excuses about my unseasonal mood or behaviour, I had the perfect excuse to behave as I liked, felt and saw fit. I was playing Scrooge and everybody knew what that meant!

My last stint as the heroic skinflint also saw me extend my genuinely held misanthropic thoughts and views on that particular time of year, to a much wider audience as I started to write a weekly diary column in the local newspaper, The Keswick Reminder. Scrooge’s Diary was of course written in Scrooge’s own style – he had completely taken me over by then – everything and everyone was fair game for his miserable, damning and ascerbic pen….and yes I did actually use a pen and paper and persuaded some poor sap…er…wonderful person to type the diaries up and whizz them off to the ether somewhere. Oh those were the days!

It’s ten years on, the Scrooge Diaries are still appearing in the Reminder (though not every week – even Scrooge has to limit his bile with age!) and I decided it was time to revisit the character of my soulmate. Only this time I have allowed him to tell his own ‘Carol’; to put his side of the story out there; to put the literary record straight. So here it is…

A message from your director! 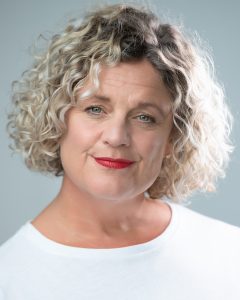