The Bar-Steward Sons of Val Doonican: The Winter Woollies Tour

The Beggar’s Theatre are proud to be hosting the return of anarchic comedy folk band, The Bar-Steward Sons of Val Doonican on the opening night of their Winter Woollies Tour.

Hailing from Barnsley Rock City, these northern monkeys are on a mission… determined to follow in their spiritual father’s immortal footsteps and keep his legacy alive, they have a talent for Bar-Stewardizing other famous people’s songs with new comedy lyrics, on acoustic geetar, banjo, fiddle, mandolin, accordion, keyboard, keytar, and the world’s first synthesiser ukulele! To complete their squeaky-clean image, brothers-from-other-mothers Scott, Björn and Alan have become instantly recognisable for their immaculate hair and their stylish choice of knitwear.

A band that is both perpetually on the move and joyously independent, since forming in 2006, they have played almost 1000 side-splitting shows to date, and have brought smiles and belly-laughs to audiences across the UK; from Barnsley to Barnstaple, from Glasgow to Glastonbury. They continue to wow audiences with a fine selection of their greatest hits, including the likes of “Jump Ararnd”, “The Lady In Greggs”, “How Deep Is Your Glove?”, “Nandos”, “Paint ’em Back”, “Walking In Manpiss” and “If I Could Punch A Face… It’d Be Justin Bieber’s”. Last November they came to visit Cumbria for the first time in four years, and after their visit to Millom, decided that they hadn’t quite caused enough chaos, so they’re returning to the scene of the crime for more singalongs, silliness and supping. You will be guaranteed to be rolling in aisles with the undisputed Kings of Parody, that Jarvis Cocker once described as “the best thing to come out of Barnsley since the A61 to Sheffield”.

To find out more go to: www.thebarstewardsons.com

NB – Show finishing times are only an estimate. 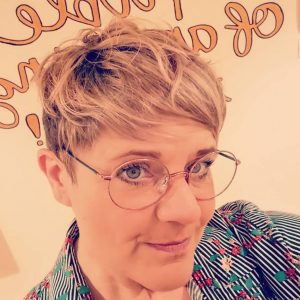